Listen to this MP3 audio while reading the transcript:  Monogamish – The new rules of marriage by Jessica O’Reilly at TEDxVancouver

Wow, hello, everyone. I’m going to put down my phone, and totally resist the urge to snap a selfie to prove I was actually here. As Riaz said, my name is Jessica O’Reilly, and I am a sexologist.

A sexologist is, in fact, a real thing. Do you believe me? Three of you, okay. So you’re all on the side of my parents, I get it, that’s cool, no problem. I got the tiger mom.

Well, a sexologist; what does that mean? That means, I spend a whole lot of time talking about sex. And almost no time actually having it.

But I’m here today to talk to you about a serious subject. We are in a time of crisis. We have a global epidemic on our hands and it’s airborne. It affects the young and the old and knows no geographical bounds. Now, this problem is not unlike other widespread crises, the economy, climate change for instance. But this crisis effects more of us, in a more personal and perceptible fashion. It tears families apart.

It takes the most detrimental toll on the most vulnerable among us and it’s contagious. It’s spreading. Yet somehow, we’re captivated by it. I’m talking about the crisis of the modern monogamous marriage.

Now, if I were to make you a 50/50 offer in any realm of your life, would you take it? If I said, invest in my fund, there’s a 50 per cent chance you’ll see a return. Or sign this business deal, you’ve got a 50 percent chance of failure, but hey, why not? Or hop on this flight, you’ve got a 50/50 shot at making it to your destination safely.

ALSO READ:   What I Learned as a Prisoner in North Korea by Euna Lee (Transcript)

Even if I offered you two free checked bags, you’d probably say no. But the modern monogamous marriage offers even lower statistical odds when you factor in divorce rates and the rates of infidelity.

Now, in North America, divorce rates are over 40 percent, higher, if you count your second and third marriages. In my family sometimes we go on even above three. Four, five, and six. You know already about my husband’s fights because of Riaz. So I might as well divulge some info.

Infidelity rates in North America are between 25 and 45 percent, depending on who’s asking and who drank their truth serum this morning. And research suggests that satisfaction rates in marriage plummet after the honeymoon phase, never to recover. Scary.

Now, many young people are actually opting not to get married. Marriage rates are on the decline. Maybe because they’ve heard that research shows that married people are, in fact, no happier than their single counterparts. And have you heard of mate poaching? Apparently, 60 percent of men – shame, shame – and 54 percent of women – we’re not better, not much better – have tried to woo someone away from their current spouse.

What is going on? So when we combine these statistics, we look at the numbers. We see that in marriage 50/50 is in fact a best case scenario. Marriage is in a time of crisis. Now, I’m not suggesting that we do away with marriage; I’m a fan of marriage. I even picked one up for myself. I’ve been happily married to my husband for eight years, living with him for 13.

What I am saying is that marriage is a failure in human design. It doesn’t matter that research says that marriage is good for my health and even better for men’s health, somehow they always win. And it doesn’t matter that we all go into marriage with the most noble of intentions, right? To live happily ever after, to love our partner unconditionally, to help them grow into the best version of themselves. Because it doesn’t always end up this way. Because of this failure in human design, marriage can be restrictive in personal growth, and even repressive in its demands of absolute monogamy.

In any other realm, if we saw failure rates like we see in marriage, we would do something about it. When the markets tumble, we do something about it; we adjust interest rates, we enact austerity measures, we develop stimulus packages. Right? If a car malfunctions in some way, we issue a recall, so that we can repair it. And if a superbug is unresponsive to a current vaccination, we go back to the lab to develop a new formulation. When something doesn’t work, when anything doesn’t work, we innovate. 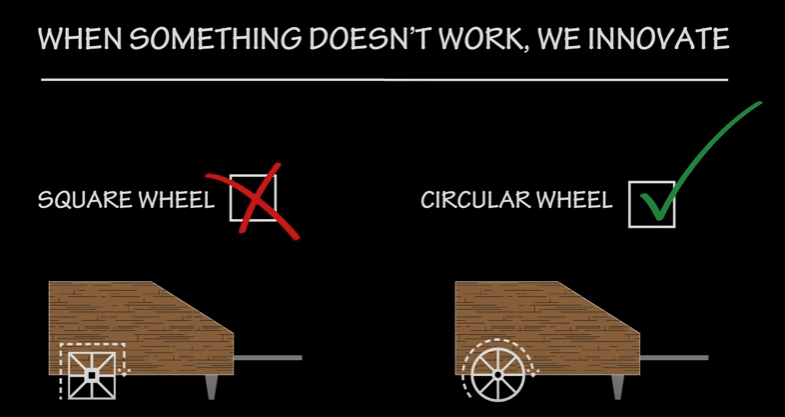 So why do we accept the monogamous marriage in its current form, despite its design flaws? Could our relationships not benefit from a stimulus package? A temporary recall. Just overnight. Isn’t it time we go back to the lab to dissect the issues, challenge the failing norm, and innovate?